The closing sentence of the introductory comment in the 2014 conference programme might have been its opener, by urging everyone to “enjoy this conference in one of the most scenic parts of the world, be inspired, and even a little distracted by your magnificent surroundings”.

Queenstown is a year-round tourist centre, and early October proved to be a good time of the year. The ski season was virtually finished and the summer rush not yet started.A total of forty four attended, and thirty three papers were presented during two-and-a-half days from October the 3rd to the 5th. 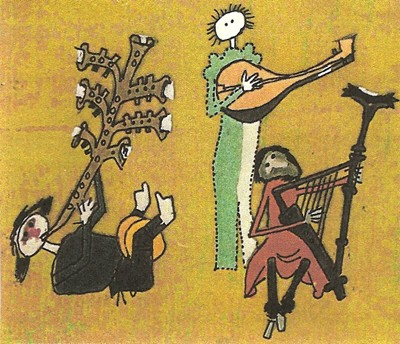 The balance of national representation favoured New Zealanders, with twenty one papers, and twelve from Australian presenters. This is consistent with previous conferences, which have attracted researchers from centres closer to the conference venue. Furthermore, the enthusiasm generated can give a follow-on momentum of interest, as is happening in New Zealand in 2015.

Consistent with the conference theme was the intention to present research in music education as relevant, accessible and forward thinking. Consequently, a Youth Stream was offered to encourage senior secondary school and undergraduate students to undertake research projects. Associated with this was a competition for young New Zealand researchers that was generously sponsored by the New Zealand music retailers, MusicWorks. Although the Youth Stream of the conference attracted insufficient registrations to be viable, entries to the competition indicated that, given consistent encouragement, there is adequate latent research talent among our young people for this to be an area into which future conferences should expand.
Relevance was especially to the fore in the work of twelve young people with intellectual disability and three music therapists from the New Zealand School of Music in Wellington. Five of the students represented the group in a well-prepared and inspirational presentation.

The conference theme of Moving Forward Through Research gave a guide to the organisers’ thinking, and was reflected in the papers without unduly restricting them. So sub-sections, such as “Make it simple and interesting”, “Shaping lives and communities”, “Schools and pedagogy” and “Opening windows” gave some structure to the programme.

We know that institutions with which we are associated make valuable contributions to the work of ANZARME through our time and energies. But there are other practical contributions, also, such as those from the School of Music, University of Canterbury, which met the full cost of the university van, and the University’s College of Education, which provided the conference bags and lanyards.

We also know that much of the value of a conference is in the informal exchanges of ideas and information. The conference dinner, and lunch at the Skyline restaurant, via the gondola, on the Saturday, gave visitors and friends a taste of the tourist attractions in Queenstown, as did a trip on the famed TSS Earnslaw across the lake to lunch at Walter Peak for those who had stayed over to the Monday.

Email us using the form below.